On November 13, the Japanese food giant Meiji announced its latest 650 billion yuan investment plan - setting up a new factory in Shanghai for ice cream production. This factory will begin operation in 2023 which will grant Meiji 2.3 times higher production capacity of ice cream within China [1].

Meiji already has an ice cream plant in Guangzhou established in 2012, which has an annual production capacity of 107,100 tons with a total investment of 789 million yuan.

The reason behind this new factory is the sales of Meiji's ice cream consistently increased in China. In 2019, it was up by 25% Y-o-Y. According to its 2020 semi-annual financial report, Meiji's confectionery, milk and yoghurt sales declined in the Chinese market, whereas ice cream bucked the trend with unexpected growth.

According to public data, over 43,000 companies registered for ice cream relevant business, and most of them are located in Guangdong province (9.15%). In Q2 2020, there was a surge of more than 3,300 ice cream companies, led by Shandong Province.

By 2019, none of the top 10 ice cream companies accounted for over 20% of the market share, a sign the market is not saturated yet.

Since 2016, there has been a new trend of new and small ice cream brands suddenly going viral such as Chicecream(钟薛高) and Aoxue(奥雪), this is due to the development of China’s Internet and consumption upgrade.

In the US, the most common types of ice cream are chocolate, vanilla, strawberry whereas in China, milk, chocolate and fruit are the leading ones in China's ice cream market. But in the past three years, demand for niche flavors has increased a lot. Top 5 niche flavors with the most growth in demand in Tmall platform from April 2018 to March 2019 were: bubble milk tea, sea salt, cheesecake, rose and truffle.

Chicecream钟薛高 was established in 2018 and has become an ace ice cream brand in China market, with a total of 15 million pieces sold in 18 months and sales of over 100 million yuan. It has a premium taste and uses a signature arc-shaped tile-like design in its ice creams, which is full of Chinese elements.

Like Haagen-Dazs, Chicecream is not cheap. The average price of Chicecream ice cream is 13-25 yuan, which is much higher than the price of common ice cream. It even launched a 66-yuan "Ecuadorian Pink Diamond" ice cream and sold 20,000 pieces on Double Eleven in 2018. 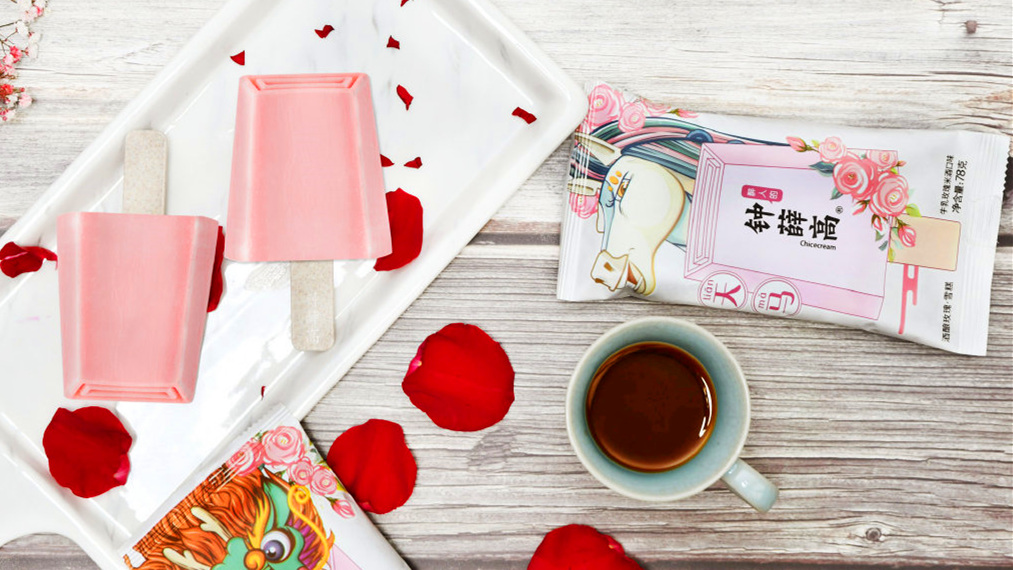 The competition of China's ice cream market is getting fierce with increasing amount of new entrants and the already established stronger giants. However, there is still room per capita in addition to regional consumption and specific consumer groups like ice cream for children. Finally, in the ever-changing e-commerce market, we can always see new brands rise and fall every year which might bring a few noteworthy contenders for the top spot in the future.